A plant older than humanity has been suppressed for far too long. It's now making its way to the modern world not as a drug, but as what it is: A powerful food supplement, painkiller, mood balancer and perhaps way more. 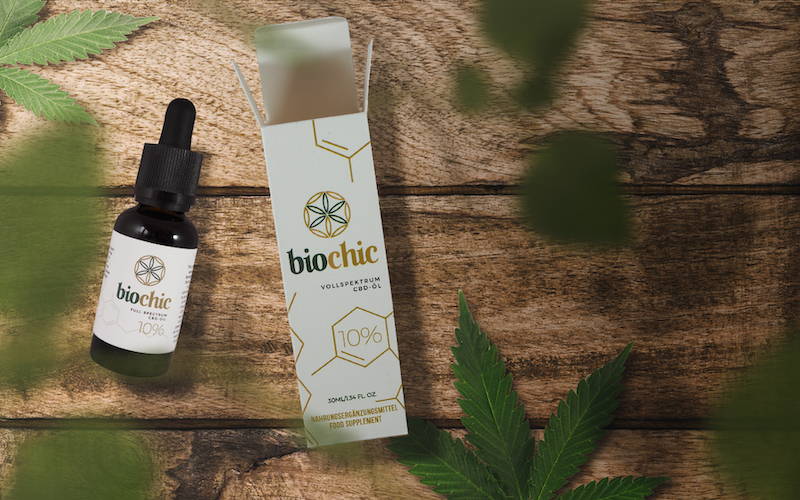 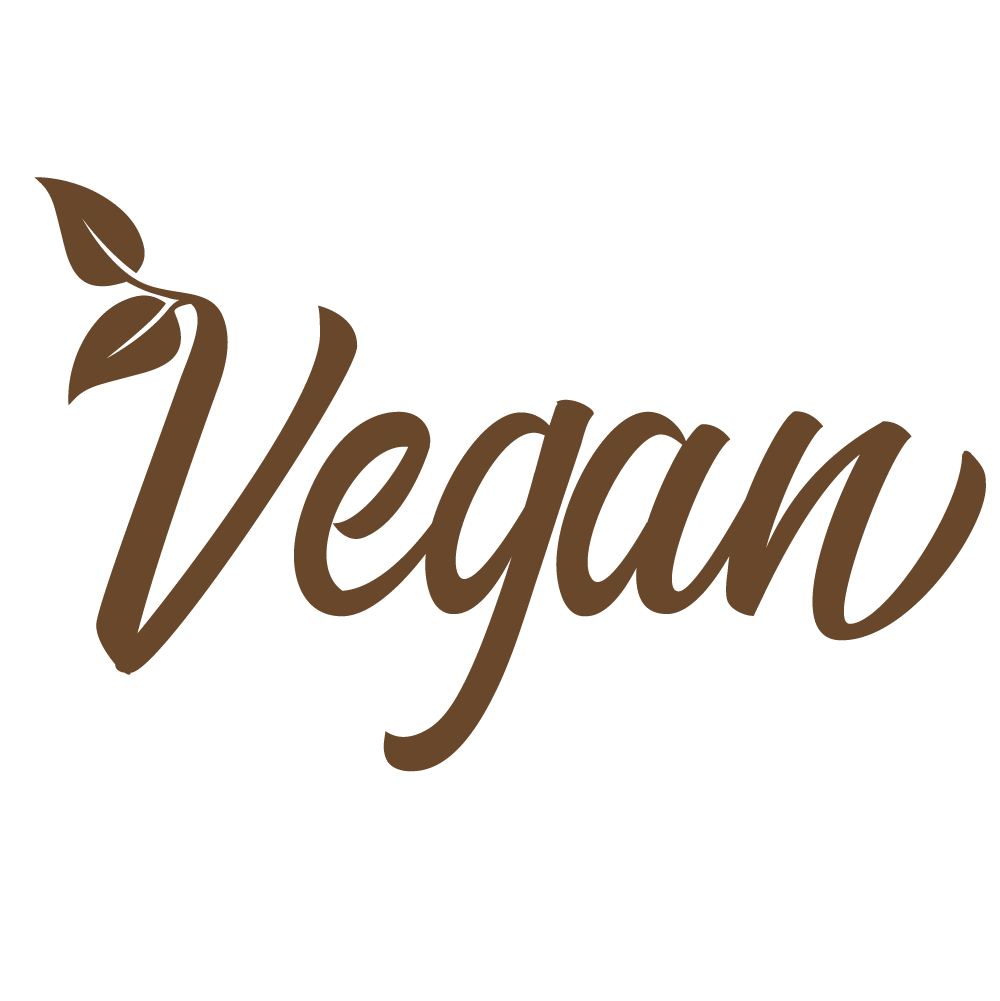 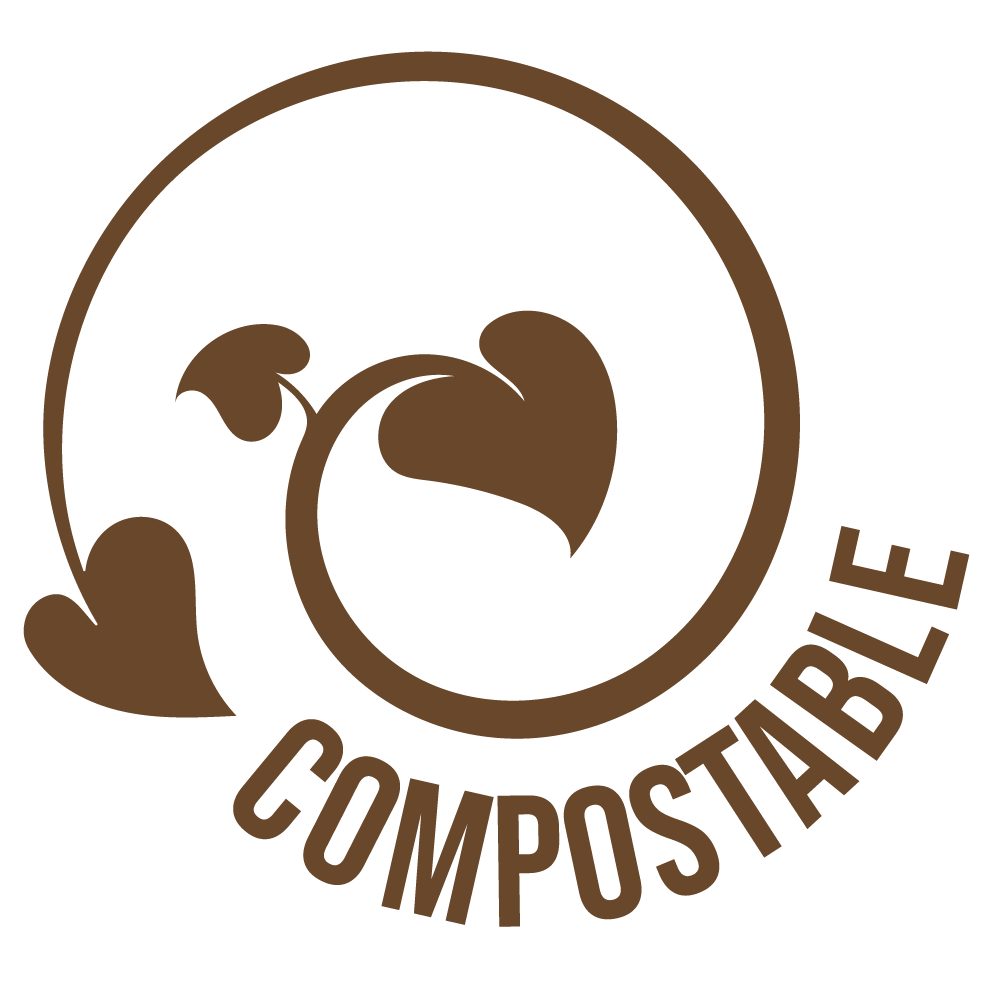 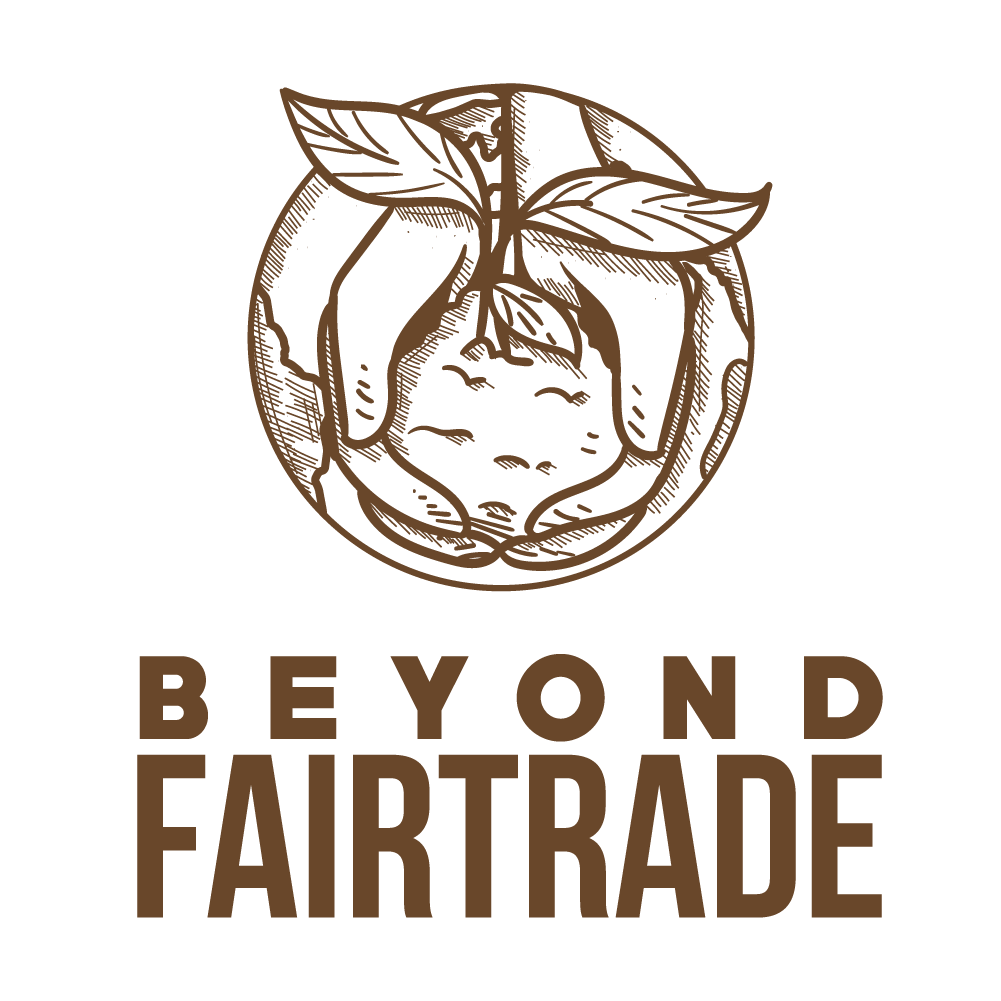 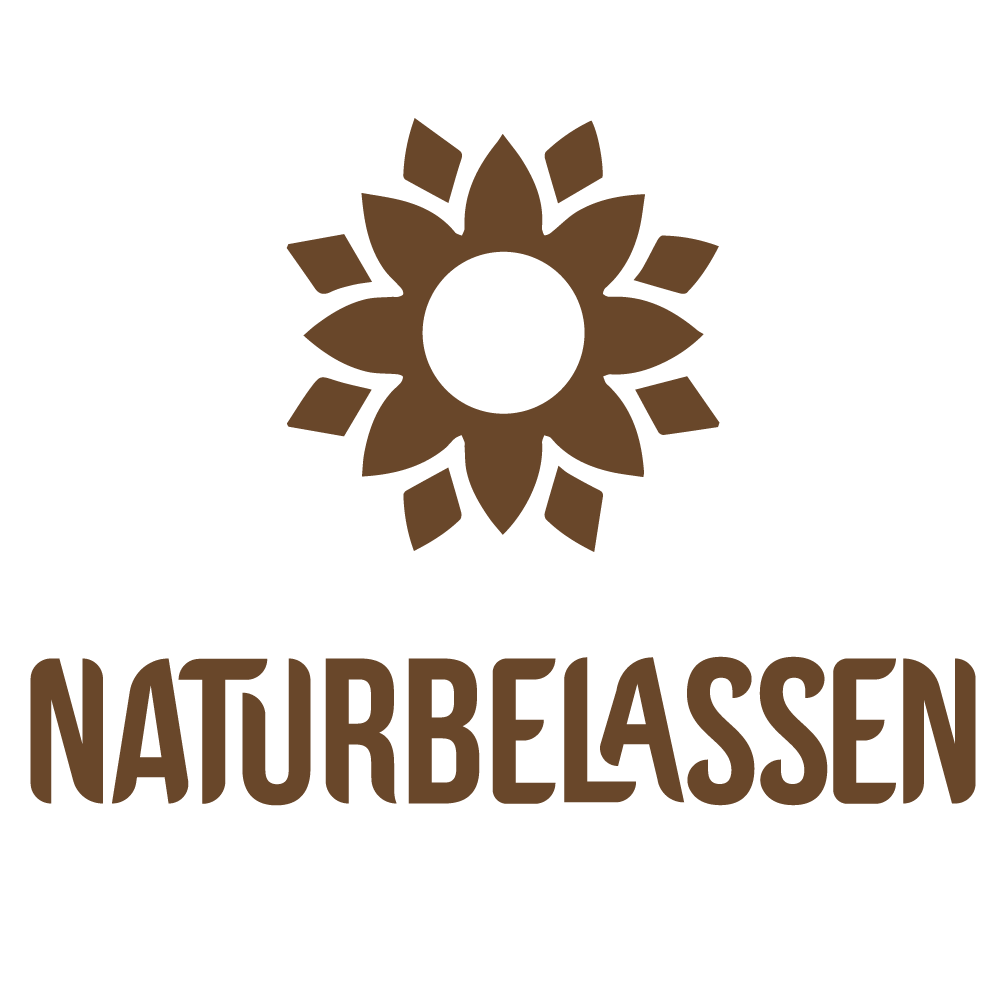 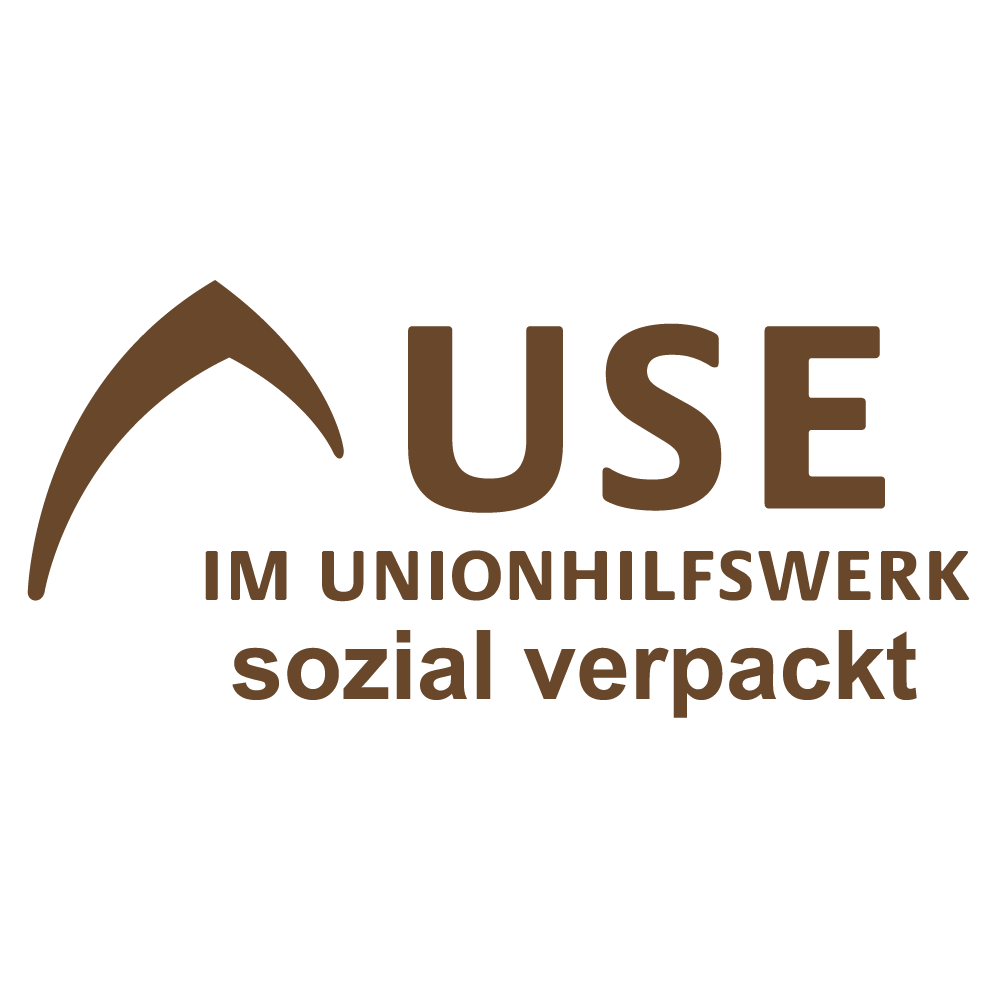 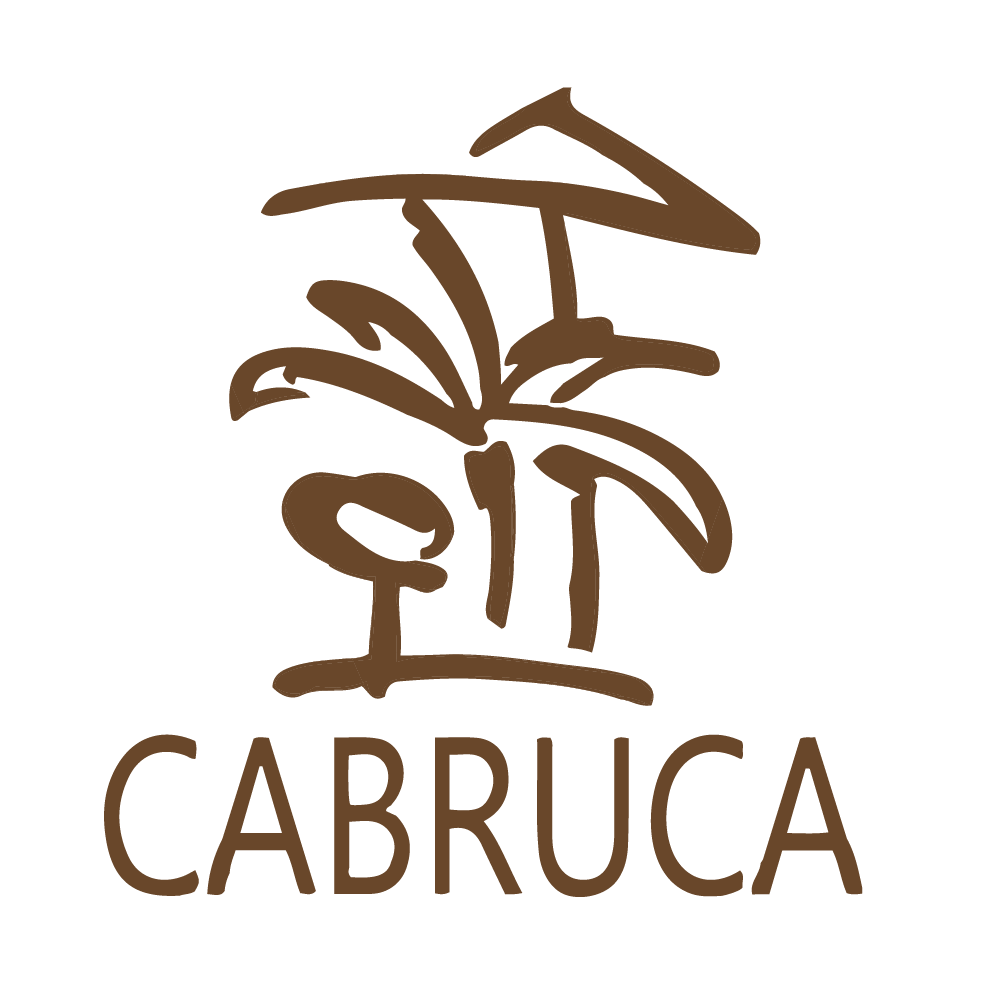 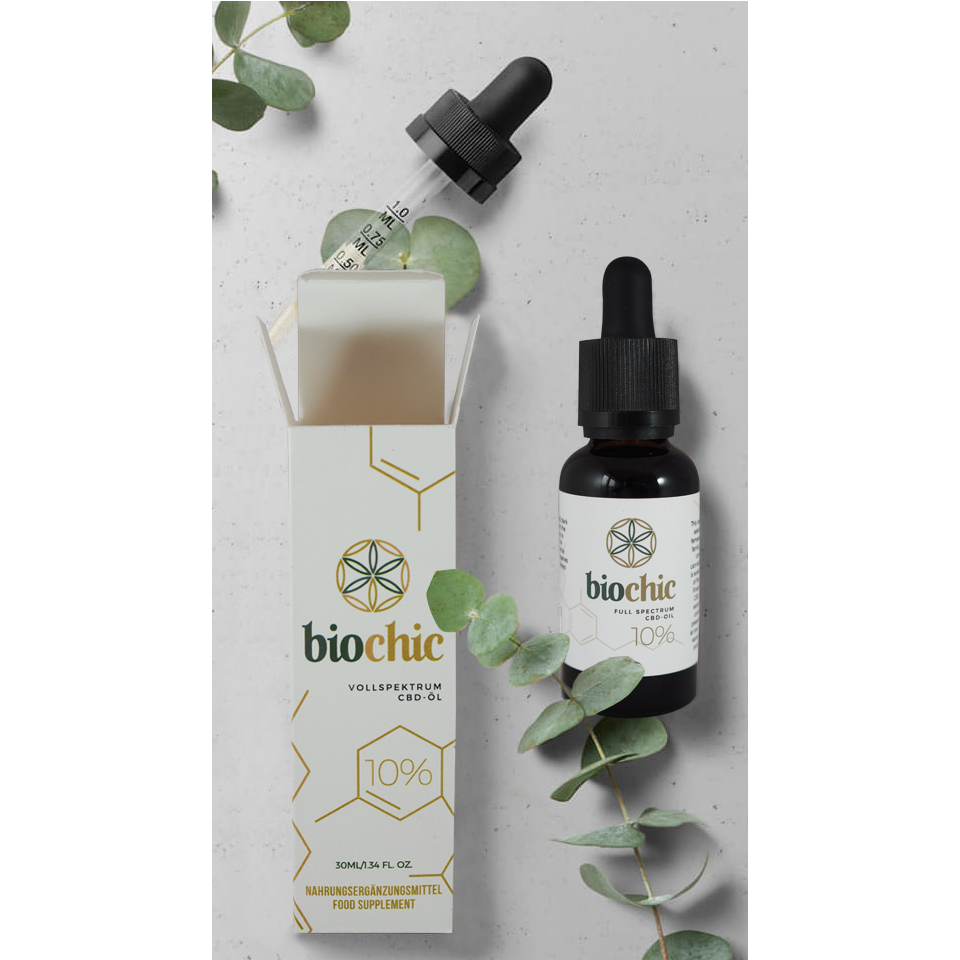 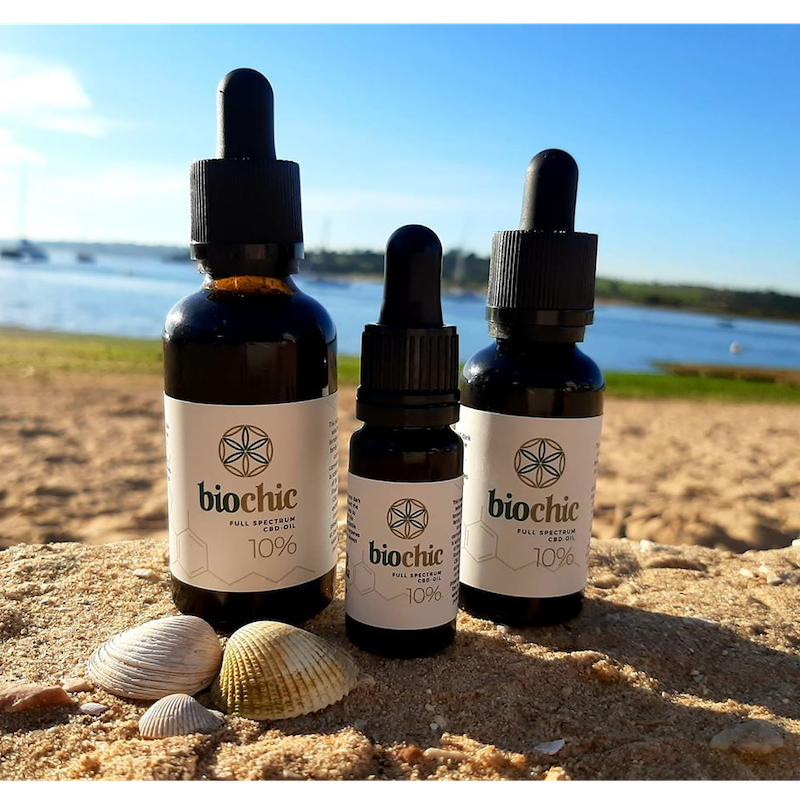 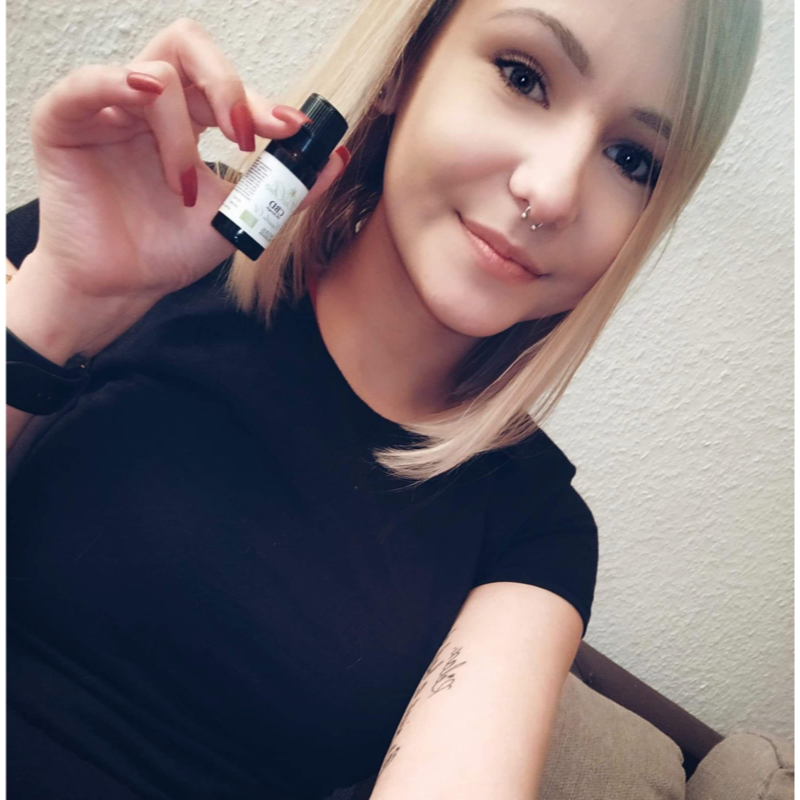 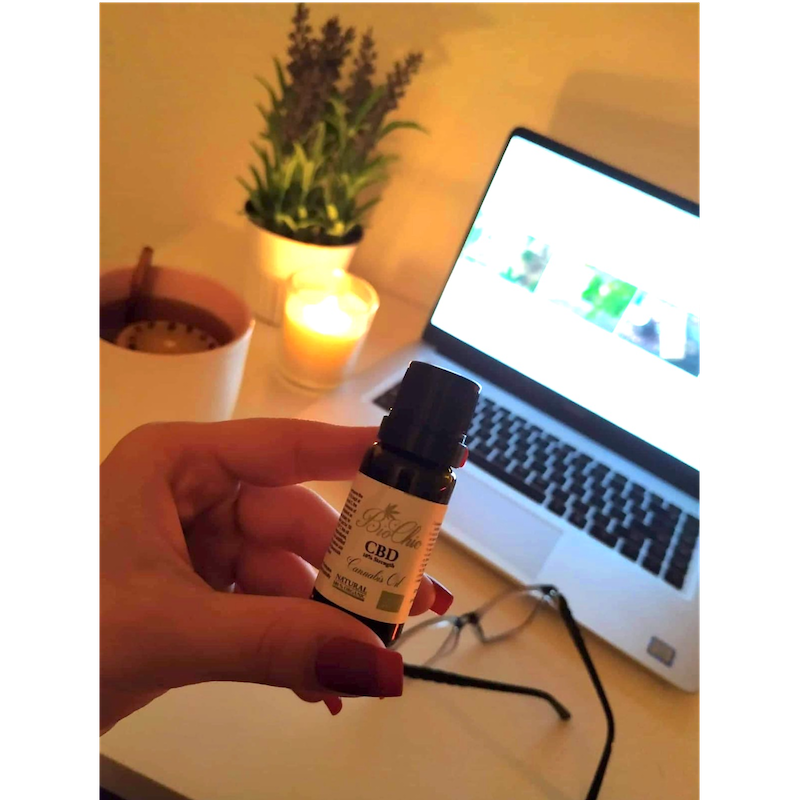 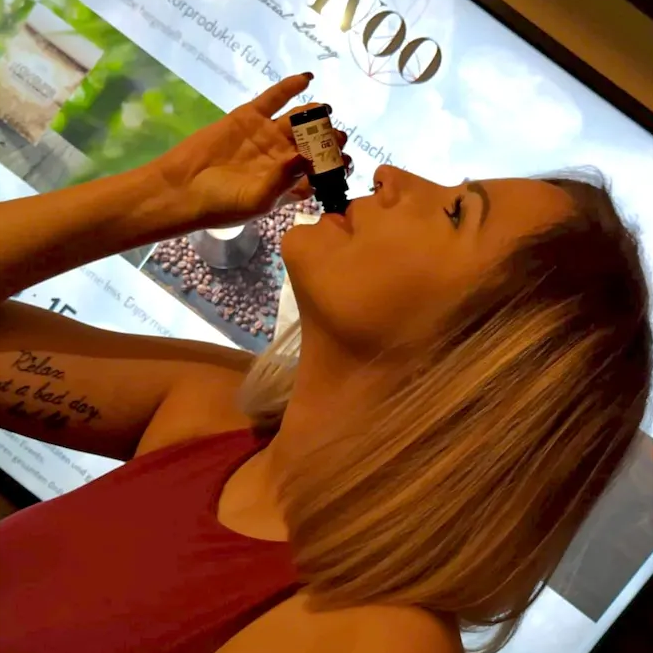 Discover The Power Of Nature.

Together with our passionate partners at BioChic, we have carefully crafted a full spectrum CBD Oil consisting of synergistic cannabinoids and terpenes made to optimize your wellness and support your immune system. Our Oils are selected from female plants of the Cannabis Sativa family and cold pressed through eco-friendly CO2 extraction, leaving you with a raw, earthy undertone of 100% organic natural hemp with zero artificial elements.

You will find the flavour to be subtle and not too overwhelming. Many of our customers describe the taste as “rooty,” "earthy" or "mildly bitter" – similar to the taste of a fresh wheat grass.

Our CBD elixir has been manufactured using high-grade hemp materials, harvested from fields that contain no pesticides or harmful chemicals, and once gathered, the materials are sent for laboratory testing where they also undergo a closed-loop supercritical CO2 extraction process. We use highly pressurized carbon dioxide extraction techniques to incorporate the most useful phytochemicals from the hemp materials.

The result? Controlled purity, potency, and vitality, and perhaps the best priced CBD Oil of such quality on the market.

The base is pure extra virgin hemp seed oil, which is packed with many other Cannabinoids and a wide range of beneficial vitamins and minerals.

The effects of CBD oil can differ from person to person. It is recommended to test it yourself.

For legal reasons, we are not allowed to give a recommendation for consumption. ... But according to "rumors" 3 to 6 drops once or twice a day should be sufficient for adults to strengthen general well-being and reduce everyday complaints. This information is without guarantee. For the treatment of diseases or serious complaints, the intake should be discussed with a doctor.

Store fully closed in a cool and dark area. Low temperatures and the absence of sunlight help to preserve the stability of the Cannabinoids.

Shake the bottle gently before use, as the terpenes and parts of the flavonoids always remain as liquid.

Read below for more information. 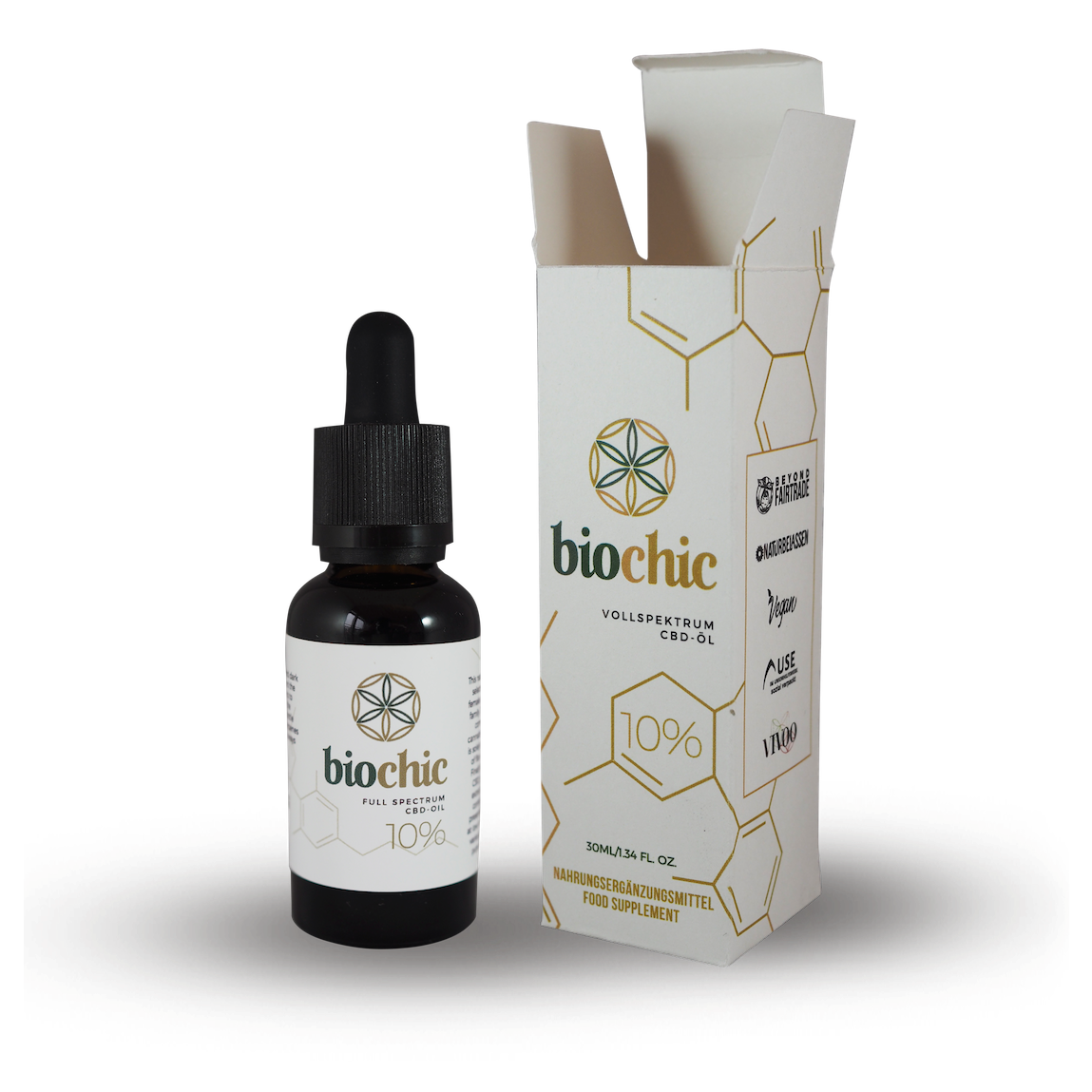 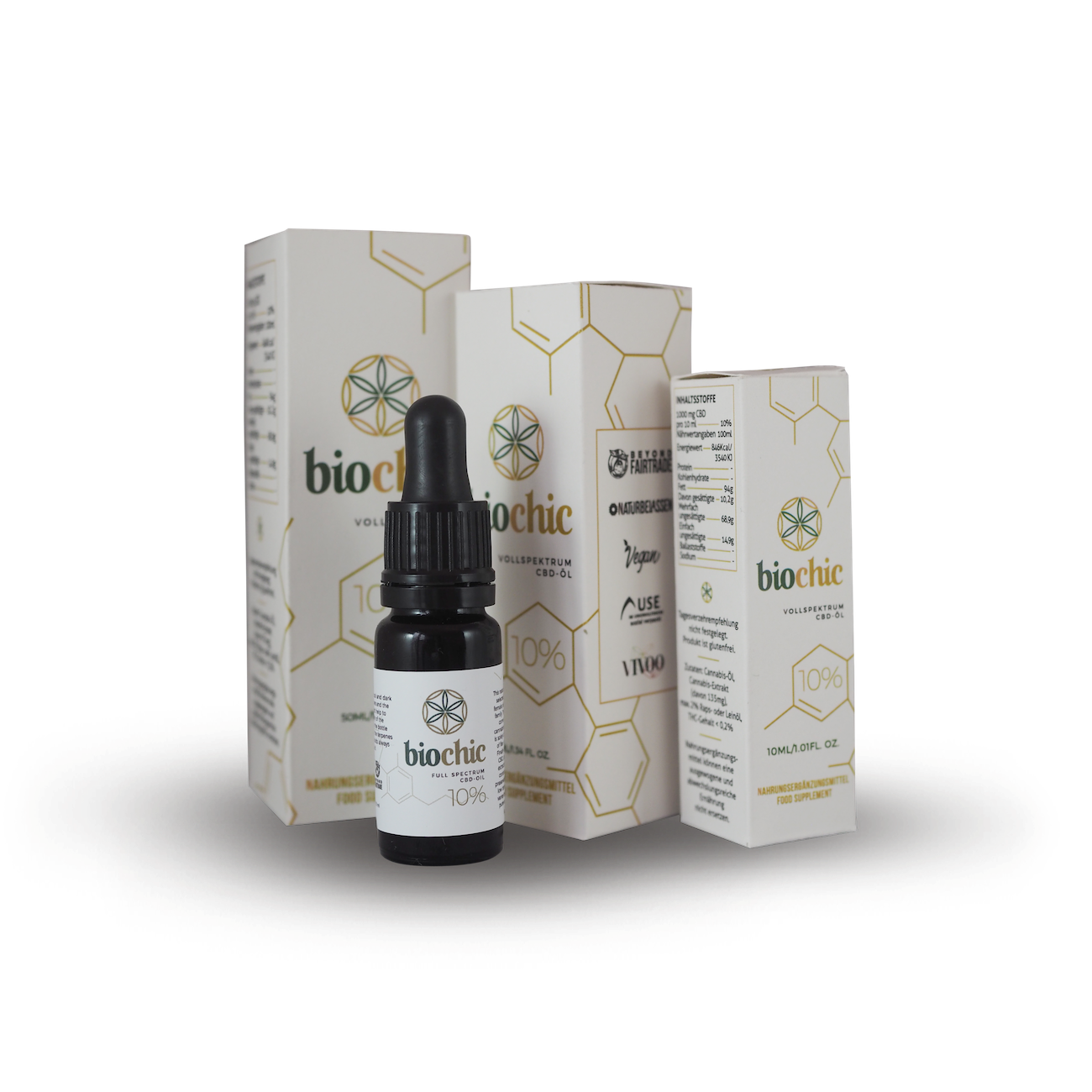 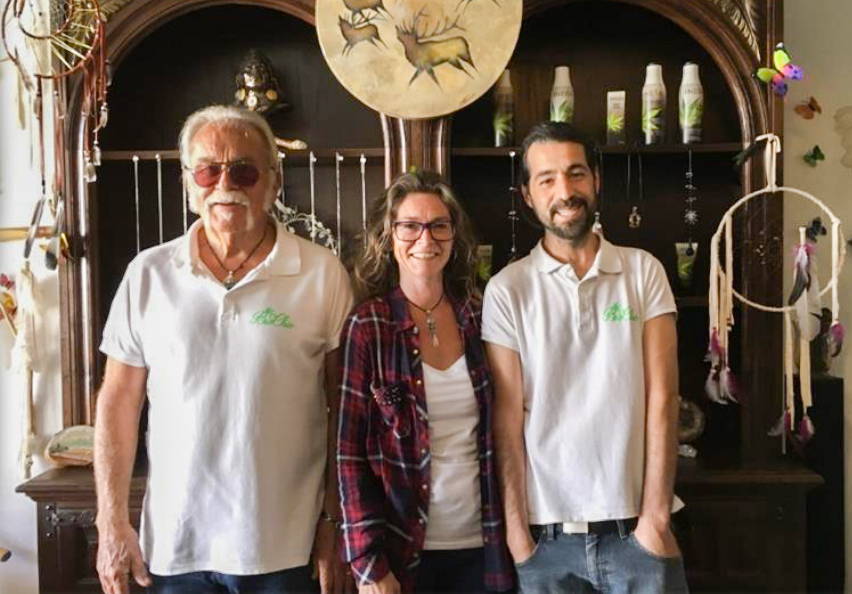 Many big pharmaceutical companies are buying large Cannabis farms and CBD producers to try and control the price on the world wide market.

But not with us.

Our very passionate partners at BioChic run a Spirit, Body and Mind Café in the Portuguese Algarve and are dedicated to making society aware of this amazing hemp healing plant that has had an unbelievable natural healing effect on the thousands of people who they have worked with.

They currently source their ingredients from ‘Granjacia’, a certified organic and employee-owned farm in the south of Spain. They have chosen not to give in to the pressure of the pharmacy industry and are now in the early stages of cultivating their own plants!

The motivation to create a holistic approach to human health and to coexistence harmoniously within our environment is what brought Vivoo Natural Living and BioChic together.

Through close partnerships with our producers, we ensure more than just fair and trading conditions.

Love. Transparency. Shared Mission - this is how we are able to get such great oil at low prices. 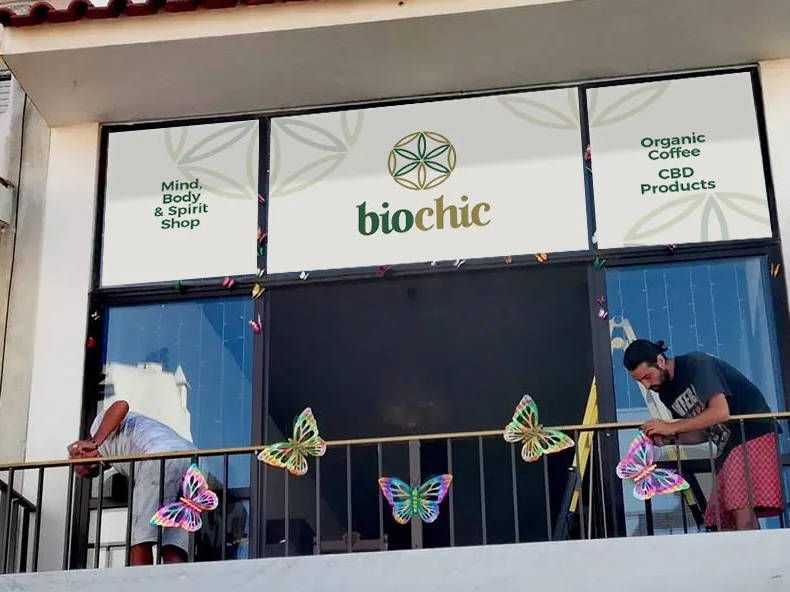 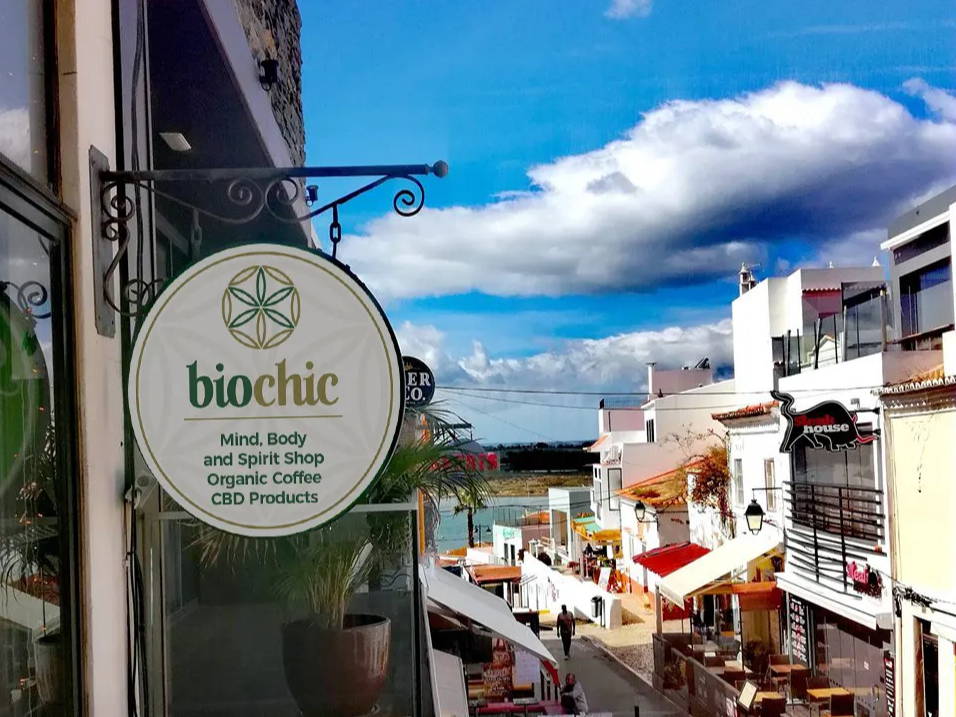 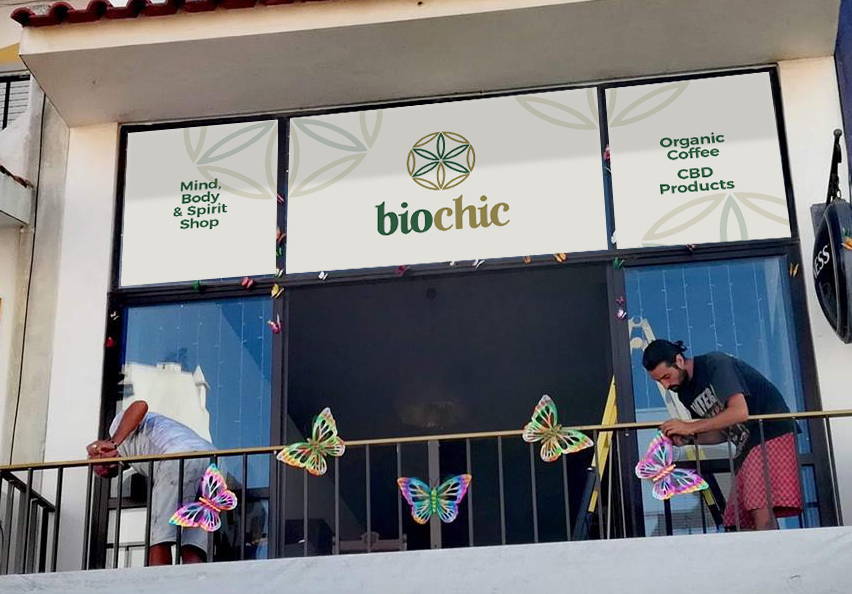 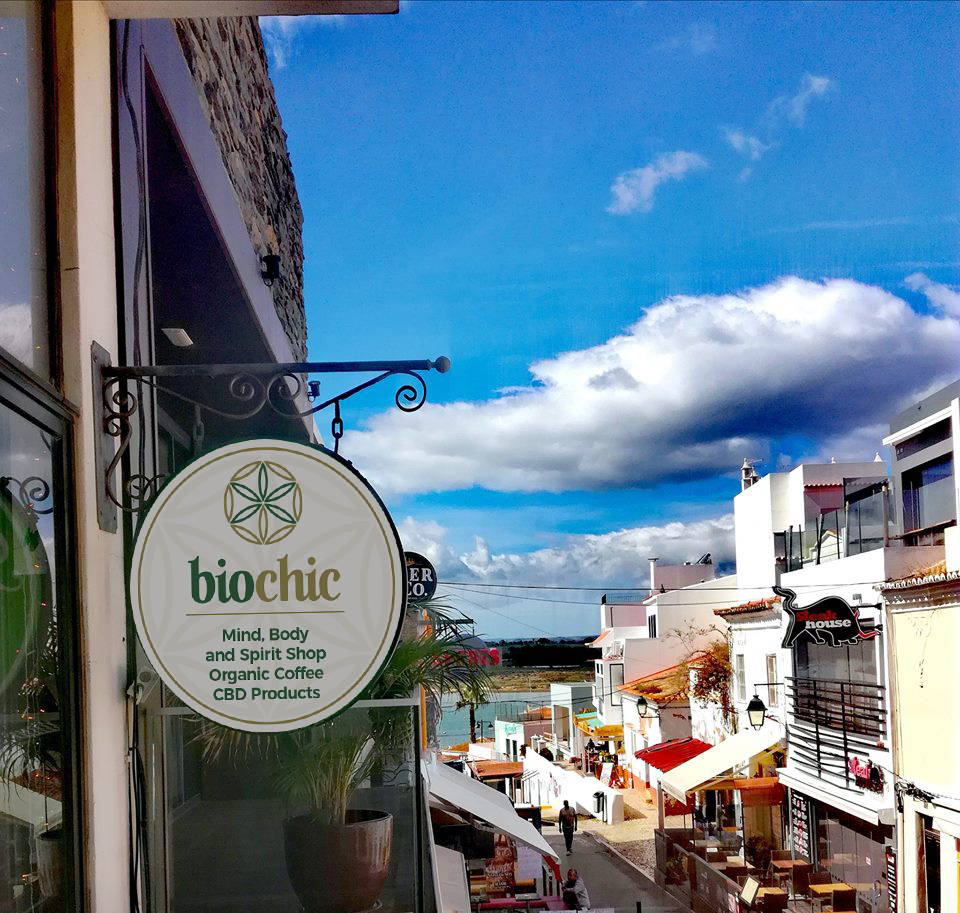 CBD Oil or cannabidiol oil is a substance derived from the hemp or cannabis plant containing high amounts of the cannabinoid cannabidiol.

Most CBD Oil comes from industrial hemp rather than psychoactive marijuana strains.

While these two plants are related, industrial hemp does not contain nearly as much psychoactive tetrahydrocannabiol, another cannabinoid better known as THC. Legally, industrial organic hemp cannot contain more than 0.2 percent THC on a dry weight basis – ours contains about 1.8%!

Cannabidiol is well researched and has many health promoting and soothing properties. Besides CBD oil contains a whole lot of other Cannabinoids, Vitamins and Minerals.

When you order CBD Oil — especially a well-made, full spectrum pure tincture from Vivoo Natural Living and our partners Biochic, you know you are getting a product that has been crafted by professionals with years of cannabis-based experience and access to top of the line equipment.

What Does It Scientifically Do?

To understand the benefits of CBD Oil on our body, it's important to first understand the endocannabinoid system - a relatively newly discovered part of the human body, more precisely the central nervous system, which can naturally produce certain cannabinoids itself, and has receptors that are specifically designed for cannabinoids.

In the plant world, cannabinoids are solely found in hemp.

Endo stands for endogenous - to be found within our own body.
The endocannabinoid system has two types of receptors:

CB1, which are mostly located in the brain and are associated with emotions, moods, appetite, coordination, movement, and pain, as well as in the nerve endings

CB2, which are found in the immune system and in tissues of the spleen and tonsils.

Think of the endocannabinoid system as a bridge between body and mind with its interactions throughout our internal systems.

Research claims that while the human body does produce cannabinoids on its own, adding new cannabinoids from an external source, like CBD oil, can help promote a healthy endocannabinoid system.

Check out https://www.cbdoil-info.eu/ for more information.

Will It Get Me High?

No. THC is the psychoactive cannabinoid that makes you high.

CBD does not have any psychoactive properties. Due to the fact that our full spectrum CBD Oil contains only trace amounts of THC (less than 0.2%), no psychoactive interference is taking place.

Where Is It Best Produced?

The production of CBD Oil is not the same all over the world – or even all over the country – due to regulations and legislative hurdles with regards to the industrial hemp that is needed to produce full-spectrum CBD Oil.

Industrial hemp is legal throughout the European Union, but organic and community-minded cultivation is rare to find.

At Vivoo Natural Living, we pride ourselves at offering Europe's highest of quality, organically sourced natural full-spectrum CBD Oil.
Our wonderful partners at BioChic in the Portuguese Algarve process with love what was previously allowed to grow with care and prudence and the blazing sun of southern Spain.

What Does "Full Spectrum" Mean?

A "Full spectrum" CBD Oil contains the full range of all ingredients of the cannabis plant.

Since the basis of a full-spectrum oil is always a cold-pressed hemp oil, we are able to reap the full healing effects of hundreds of different cannabinoids, flavonoids and terpenes, as well as important vitamins and minerals present in the “whole plant”.

Isolate CBD Oils, on the other hand, are made by isolating only the CBD present in the plant; THC and other cannabinoids will not be present in these oils and users do not reap the full benefits. 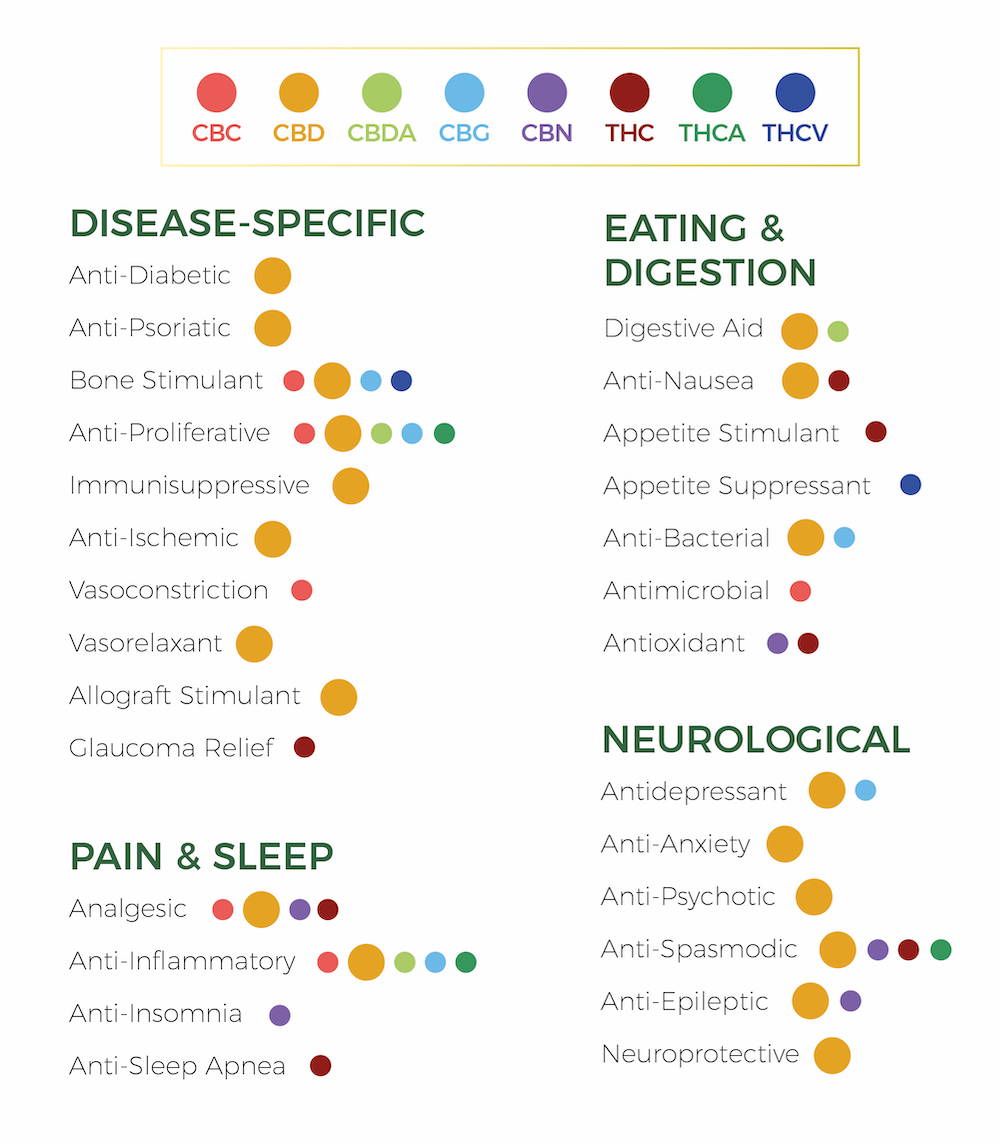 Can It Help Me With Pain?

It’s important to understand that CBD is not yet officially recognized to diagnose, treat, cure or prevent any disease.

Nevertheless, many of our customers have experienced extremely positive effects and will buy our oil for a whole myriad of reasons.

Can It Work For Anxiety?

We don’t claim to be miracle workers for serious issues such as depression or anxiety...
Nevertheless, many people do use CBD to help support the management of everyday stresses and challenges or to lighten the mood.

Can I Use It For Sleep Disorders?

Again CBD is 'officially' not intended to treat sleep disorders.

However, many of how customers have reported that our CBD Oil has done wonders to support their healthy sleep cycles.

How Do I Use It Effectively?

Wondering how much full spectrum CBD hemp oil to take, or how much to order from our online CBD store?

Here is a simple guide to the “serving size” of our most potent bottle (keep in mind when ordering CBD Oil online to always be wary of the different strengths, as knowing how much compound you’re consuming will help to pinpoint the effects that the extract is producing on your body):

Especially for people who have never been exposed to cannabinoids as an active ingredient, it can take 2 to 3 weeks for the desired effect to appear. However, many of our customers report immediate effects when they are first taken.

Despite the growing popularity of CBD Europe in recent years, the market is still very unregulated , so that poor quality and incorrectly labeled products are unfortunately commonplace.

When you buy natural Full Spectrum CBD Oil 10% from Vivoo Natural Living, you’re making an investment not only on a top-grade European-made product, but also on your long-term health and wellbeing. Treat yourself right, and most importantly, treat your body right.

"I have suffered panic attacks and anxiety. Cannabis has always been helpful to cope. Since I tried Vivoo Nature's CBD oil it became my favourite ally, it calms me down while I remain lucid, sharp and at peace. I honestly recommend it!
I also feel very happy to support Vivoo Nature's mission. High quality, best price and an awesome team."

"As an entrepreneur and single mother, I often have my hands full. My life is often more exhausting and complicated than I would like because of my sometimes severe complaints due to my medical history.
After taking the VIVOO CBD oil, the pain dissolves and it helps me to relax extremely. After eating, I notice how my body relaxes, my breathing becomes calmer and the mind relaxes better."

"I've been taking CBD for a few years now, although I only buy and smoke the plant. A friend told me about Vivoo and their oil and here is the reason for the change: First: Vivoo is damn cool! They are really trying to make our earth better and it feels nice to be part of their mission. Second: Their oil is a lot cheaper than most others and especially as the expensive flowers in the long run.
It's great that there are still people who really want to be more sustainable and want to help the world. Thank you Vivoo for this incredible gift! I will continue to buy it from you. It keeps me in balance and I love what you stand for!" 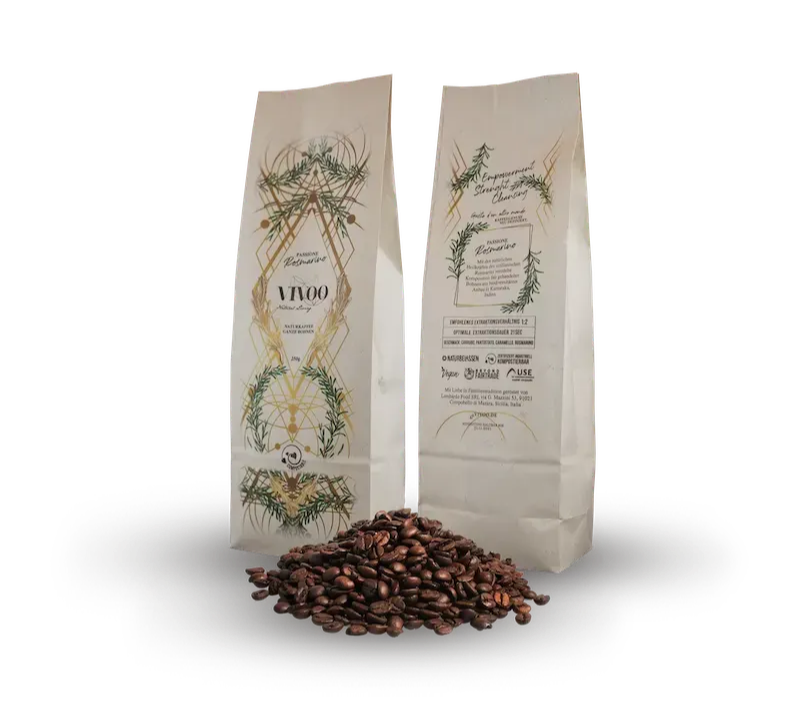 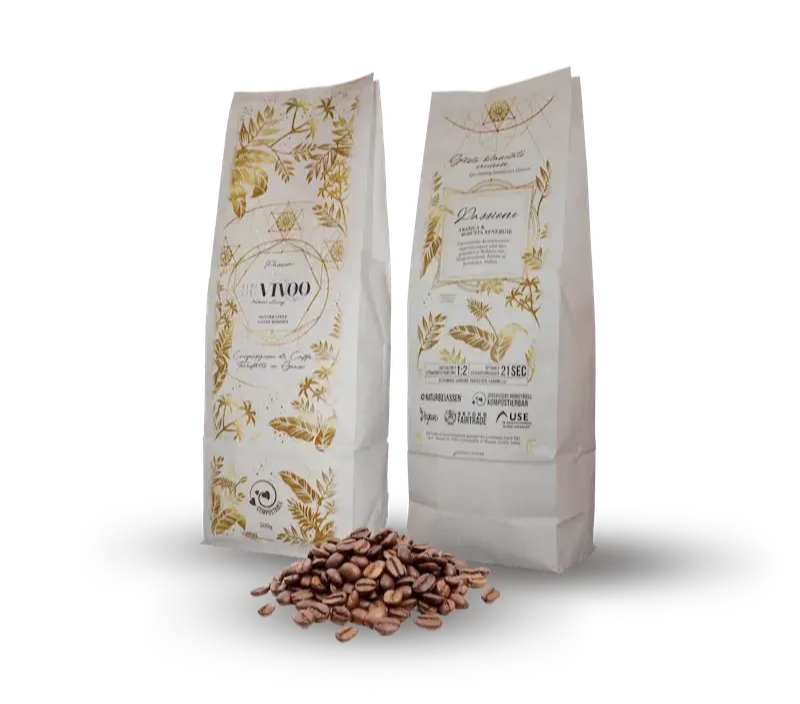 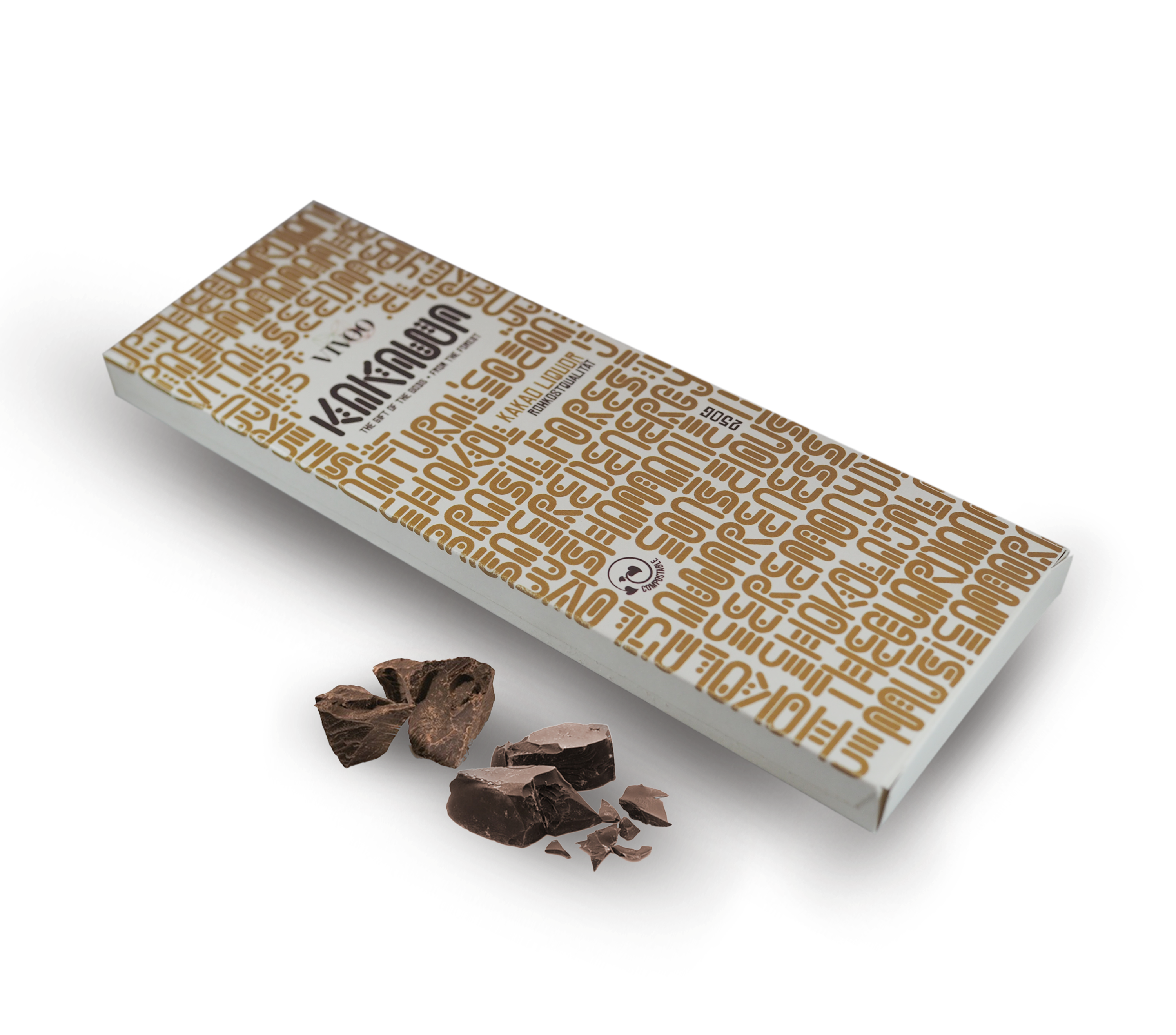